The trip to the country is an adventure in itself. It should be noted that all aircraft, without exception, pass over the northern and north-western coastline of the island to land at Mauritius Airport; Sir Seewoosagur Ramgoolam de Plaisance, in the southern part of the island. After seeing the ocean for many hours, travellers will be able to contemplate the beauty of the island starting with the northern islets and the great plains as the plane approaches the airport. The spectacle is, grandiose!

How much does a plane ticket to Mauritius cost?

However, two months later, in July, the same ticket could cost you 1,163 Euros. So if you travel during the month of May, you will be able to save between 117 Euros and 307 Euros depending on airline companies. An analysis of all prices also reveals that when air tickets to Mauritius sell between 700 and 800 Euros, there is an increase in the number of travellers to Mauritius. This analysis also suggests that tourists favour a more economical trip which encourages them to leave on a Wednesday and return a few days later, on a Thursday with a flight that has at least one stopover rather than a direct flight.

Who to transport you?

It's good to know that the price of a plane ticket to Mauritius can also vary depending on the airline you choose for your dream trip. Mauritius is an island whose airspace is almost open to several airlines around the world. And for your transport from Paris to Mauritius you will have the choice between a range of airlines serving the Charles de Gaulles to Sir Seewoosagur Ramgoolam (International Airport) route. Here they are:

Helping you choose your plane ticket from Paris to Mauritius

We will help you make the right choice! For this we will work with the figures available from travel agencies and various airlines. Based on the statistics, the biggest saving can be made if you decide to buy your plane ticket to Mauritius in advance. This requires at least two to three months' notice, but not too much notice either. If you want to book your tickets 11 or 12 months in advance, you risk taking a lot of money with the insurance and guarantee fees.

Another tip would be to move the dates a few days when you request a quote, which could allow you to compare the prices of plane tickets to Mauritius. By avoiding weekends, public holidays and other holidays, you may well get the best prices for your dream trip. This is to find out if the first price flight offered on the comparator is full. In this case, search on the same flight comparator but at a few days intervals, either two days before or two days after the scheduled date. This will allow you to find discounted prices and interesting reductions.

It's good to save on the cost of a plane ticket to Mauritius; BUT BEWARE! the cheaper the plane tickets, the more you may fall on hard times in Mauritius' unfavourable climate... 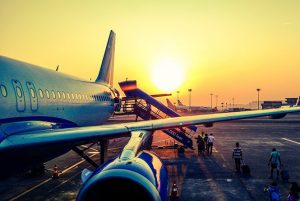 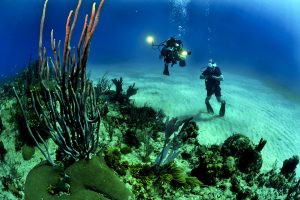 Under maintenance
We use cookies on our website to give you the most relevant experience by remembering your preferences and repeat visits. By clicking “ACCEPT ALL”, you consent to the use of ALL the cookies. However, you may visit "Cookie Settings" to provide a controlled consent.
Cookie SettingsREJECT ALLACCEPT ALL
Manage consent

This website uses cookies to improve your experience while you navigate through the website. Out of these, the cookies that are categorized as necessary are stored on your browser as they are essential for the working of basic functionalities of the website. We also use third-party cookies that help us analyze and understand how you use this website. These cookies will be stored in your browser only with your consent. You also have the option to opt-out of these cookies. But opting out of some of these cookies may affect your browsing experience.
SAVE & ACCEPT