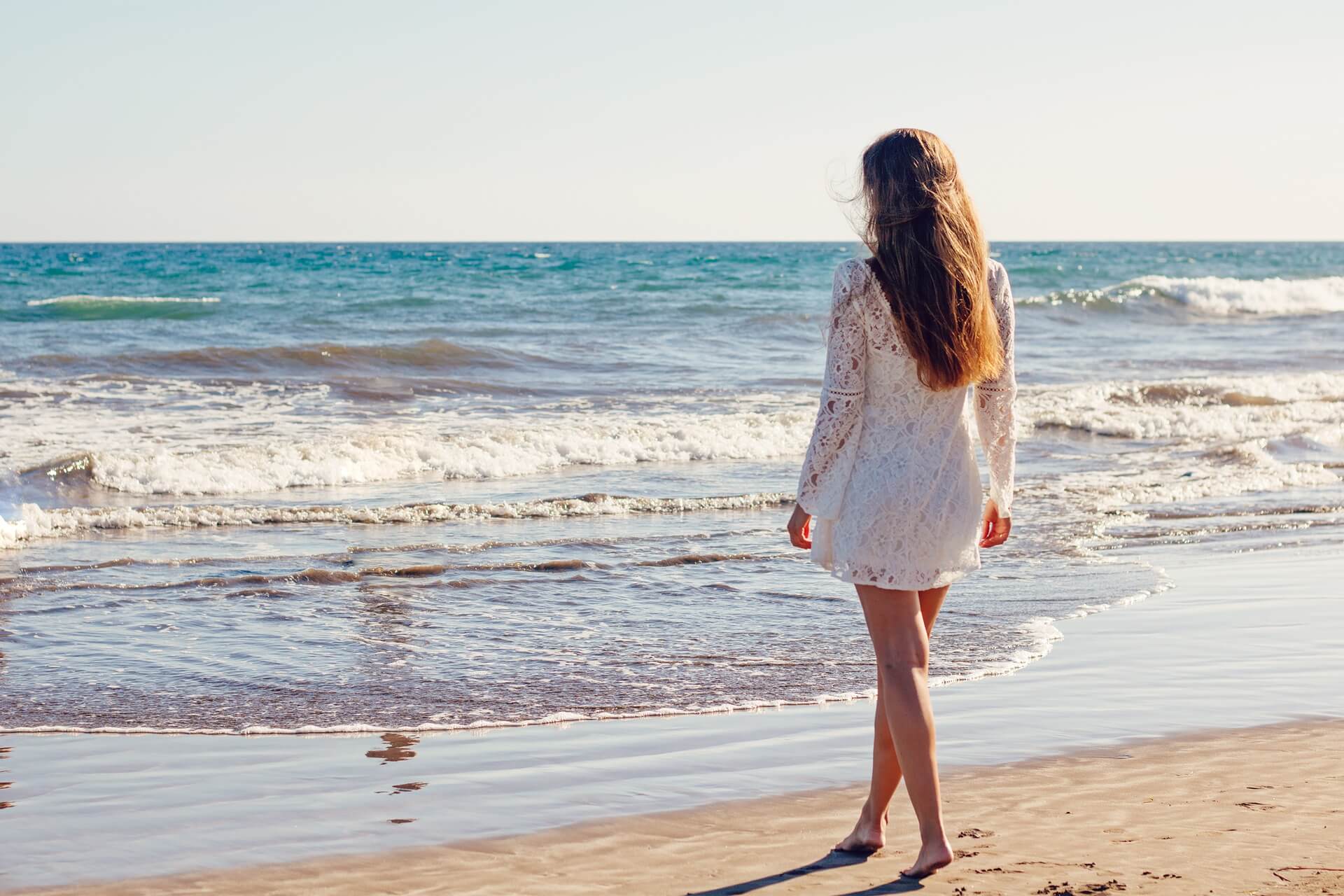 Tamarin Beach is located near the coastal village of Tamarin, in the western part of Mauritius. It is one of the many beautiful beaches in Mauritius located in the Black River area, which is very popular with surfers. Tamarin beach attracts tourists for its waves and bohemian aura.

With a magnificent view of the Tourelle de Tamarin and the Rempart mountain. A grey sandy beach, the mouth of the Tamarin River which divides the bay in two, the roaring swells of the Indian Ocean which (occasionally) crash into its sandbanks… Indeed, Tamarin Bay is not protected by the coral reef. As a result, the beach benefits from a little more white water than the neighbouring beach of La Preneuse for example.

The place was revealed to the world in the 1970s through the mythical surf film The Forgotten Island of Santosha. Within a few years, Tamarin has experienced an impressive real estate boom. Hotels, shops and luxury residences have transformed what was once a peaceful fishing village. Tourists, fishermen, tour operators, surfers and Mauritians of all origins and social classes rub shoulders along the beach. Although the beach is large, there are relatively few tourists compared to the neighbouring beach of Flic en Flac for example.

Tamarin beach, a great surfing spot in the 70s and 80s, is now mainly frequented by tourists at the Tamarin hotel, or by the crowd lucky enough to find a bungalow or villa to rent in Tamarin village. The superb waves of the bay and those of the Cap Dal spot are obviously the main attractions for wave lovers. Beginners can benefit from the experience of the instructors at the Tamarin Surf School, while advanced surfers prefer to tackle the fearsome reef waves. Beware of the currents, which can be very strong and have swept away many a careless swimmer.

The other attraction in the bay is swimming with dolphins, an activity offered by several operators. At the beachfront, you can enjoy delicious dumplings and other local delicacies. Various restaurants are also based near the beach, offering pizzas, burgers and other dishes to hungry beachgoers.

Tamarin is very popular with young people, who come to surf, slackline between the filaos on the beach or simply enjoy the sun and sea. The sunsets are also fabulous, and many beachgoers come here to enjoy an aperitif while admiring the beautiful colours of the sky.

Tamarind in the evening

On certain evenings, jazz fans gather at the Tamarin Hotel, located just across the bay, to hear the best musicians in the area. Until recently, the beach itself was not marked from the main road. Many tourists simply passed by Tamarin without ever discovering it. This may be one of the explanations for its mellow atmosphere in recent years.

Property prices have soared in Tamarin in recent years and the advent of the luxury community of Tamarina Golf Club & Spa has attracted more wealth to the area.  There is a good selection of restaurants in the area and, due to the lack of hotel accommodation, the beach is not particularly affected by tourism. At the northern entrance to the village is the Place Cap Tamarin Shopping Centre, a shopping mall with various shops, banks, a pharmacy and the Shoprite supermarket, among others. A little further on, sports enthusiasts can visit Riverland Tamarin, a sports club with tennis courts, beach volleyball courts and a swimming pool, among other things.

The selection of self-catering properties near Tamarin Bay is very limited and as a result, the standard and rates around Tamarin and Tamarin Beach tend to be higher. If you are only visiting a few select beaches in Mauritius, Tamarin should definitely be on your list.

Les Salines, vestiges of the past

The village of Tamarin has a strong reputation for its salt pans, where tons of salt were once produced annually to support the local population. Indeed, in the past, swimming with dolphins or bathing in the Tamarin waterfall were far from being the only attractions in the area. In the past, at dawn, one could watch the salt workers with gloves and boots brushing the salt and forming small pyramids. Unfortunately, the import of salt has affected the productivity of the salt works.

A sunset from Tamarin Bay

Tamarin beach, its lagoon and its bay are undoubtedly its strong points. Rather quiet during the week, it is a little busier at weekends. The inhabitants of the village and the fishermen mix with tourists, tour operators and surfers in a relaxed and friendly atmosphere. They all gather in the evening on the beach, which is famous for its spectacular sunsets thanks to its western exposure. Many Mauritians come here to have an aperitif while admiring the colours of the sky.