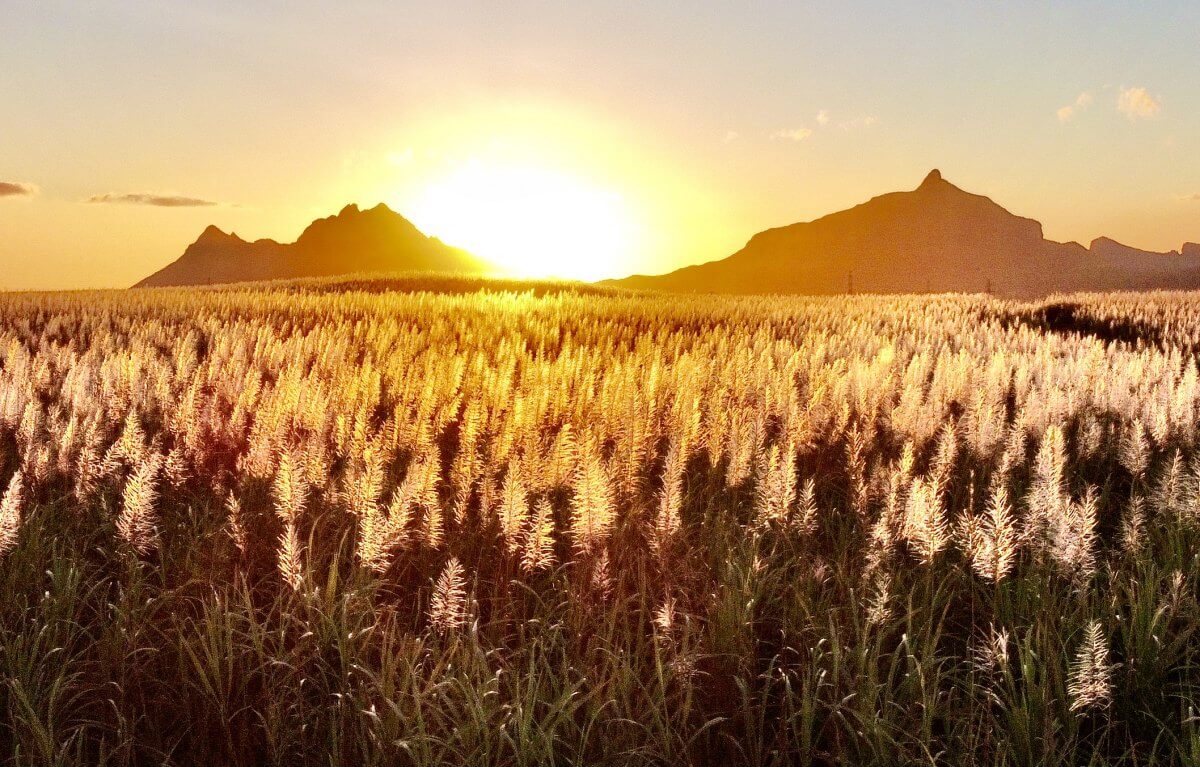 The green colour on the Mauritian flag is said to represent the cultivation of sugar cane in Mauritius. Since the arrival of the Dutch in 1598, and until 1710, sugar cane is the most cultivated plant on the island. Why is it so important? For a long time, Mauritius relied heavily on the export of its sugar to Europe to fuel its economy. Indeed, if the Dutch introduced sugar cane to the island, it was mainly to produce sugar and also rum. Of course, the plains and plateaus are still dominated (90% of the cultivated areas) by the sugarcane fields which, for more than three centuries, have marked the human and economic history of Mauritius.

The history of sugar cane has evolved from century to century. It starts with the introduction of sugar cane from Java by the Dutch in the 17th century. During the French occupation in the 18th century, sugar cane cultivation, as well as the island's economy, was maintained by about 60,000 slaves. Following the abolition of slavery, indentured labourers from India maintained the sugar monoculture. This system was introduced by the British in the 1830s.

Today, the country produces, on average, 300,000 tons of sugar per year. Sugar cane is present all over the island, from North to South, from East to West. And even in certain central regions such as Saint Pierre or Moka. The island has had an incredible history with its many sugar cane factories throughout the country. But today, the number of sugar factories has decreased. The sugar industry is no longer just about growing sugar cane to produce sugar. It now incorporates another industry which is the production of energy for electricity needs.

Indeed, Mauritius is slowly but surely reducing its dependence on fossil fuels through the development of renewable energies, including the production of electricity from sugarcane.

At the end of November, the harvest is in full swing in the cane fields. A line of trucks pulling huge trailers line up near a huge warehouse. They come to unload their cargo of freshly cut sugar cane. During the harvest period, 8,500 tons of sugar cane are transported every day to the Omnicane factory in the south of Mauritius. There, the cane stalks are crushed to extract the juice that will be used to produce sugar. The bagasse is washed to extract as much sugar liquid as possible and then heated to reduce the moisture content. It is then fed into a thermal power plant where it burns at over 500°C. This combustion will enable turbines to produce electricity, much of which will be fed into the national grid.

The history of sugar cane presented by L'Aventure du Sucre

In 1998, the Beau Plan Sugar Estate ceased operations after 177 years of contribution to the island's sugar industry. The factory was transformed into a museum known today as L'Aventure du Sucre. This old property has been restored and does an excellent job of conveying the history of sugar. In an authentic atmosphere, the different stages of sugar production are displayed and explained. From the early cultivation of the cane and the role of slavery in the cultivation of this vital commodity, to the creation of the finished product and its export to the west. Much of the original machinery - pipes, vats, ships - is still on display. Two locomotives and a large wooden barge that transported sugar from Mauritius to Madagascar are on display. The last voyage of the latter was in the year 2000.

The guided tour of the mill takes about 2 hours, but you can easily spend the whole day there. During the tour, you will have the opportunity to watch films evocative of the early years before discovering all there is to know about the sugar industry in Mauritius.

The tour is organised in such a way that you will walk through the history of Mauritius. It starts with the discovery of the island by the first settlers; the slave trade; life in the colony and the independence of Mauritius; followed by its recent history. The museum also covers the production process of sugar and sugar products. You will even walk around and see the machines used to extract sugar cane from the fields to the mills. The clarifiers, evaporators, vacuum tanks, crystallizers, centrifuges and even the chemical laboratory. You will discover how sugar cane is transformed into the many sugars we know and consume.

L'Aventure du Sucre also includes a large art exhibition, representing the time from the 15th century to the present day. These paintings are a wonderful showcase of the importance of sugar in our lives. They explore how sugar, once a rare and precious commodity, was restricted to the upper classes. Children are guided by the museum's two mascots: Floryse the mongoose and Raj the martin. They will entertain them with stories, answer questions and test their knowledge with a short questionnaire.

After the visit, you can taste the different types of unrefined sugars. If you like pastries, you will love the rich flavours of these sugars and other Mauritian rums.