Home » Natural History Museum; discovering the tropical flora and fauna of the past

Natural History Museum; discovering the tropical flora and fauna of the past 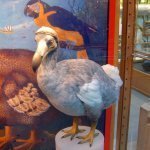 Situated a few meters from the Prime Minister's office, whose building is also historical as it housed the National Treasury building in French times, and adjoining the magnificent and emblematic garden of the Company, the Natural History Museum, located in Port-Loius, the capital of Mauritius, is a vast exhibition hall of the regular history of Mauritius in the 19th century.

Accumulation of historical work in the Natural History Museum

It was following an expedition by two naturalists Julien Desjardins and Louis Bouton that this accumulation of historical work was saved during the 1840s, more than 15 years later, the objects found were exchanged with the Mauritian Organisation in 1885. The objects were mainly related to marine fauna and feathered creatures of the Mascarenes. The exhibition room is then focused on the effective accumulation, study and recording of the fauna and greenery of Mauritius and the surrounding islands.

Over the years, this exhibition hall has become a centre for documentation and exchange in the various fields of history characteristic of the Mascarenes. The Natural History Museum now represents over 500 long years of the rich and varied vegetation of Mauritius through its four exhibition halls. In 2018, the museum has over 35,000 geographical examples and regular history examples, of which 3,000 are on view. Why is this so? For the simple reason that the island was a paradise for endemic creatures such as the renowned Dodo, the gigantic land turtles and about 300 endemic plants, including the black tree or the Ebony wood are also on display.

Wildlife; the Marine Life Exhibition at the Natural History Museum

At the Natural History Museum of Mauritius, we can see several distinct exhibitions: the Fauna Display, the Marine Life Exhibition, the Bugs, the Meteorology and the Mammoth Torture. In the first part of the visit, in the Fauna Display room, the extinct winged and riverine animals are displayed. Then, in a brighter and more welcoming room, under the theme Marine Life Exhibition, submerged life is presented, where more than 100 types of fish that exist in Mauritian waters can be discovered. Then, visitors arrive in a third room where the geographical nooks and crannies and the meteorological events of the island are exposed. And finally, the fifth room is devoted to the illustrious Dodo, where his criticality is apparent with matchbox guides, stamps and banknotes where the effigy of the Dodo is printed. In the present day, visitors are also treated to a short cinematic archaeological account of the removal of the dodo skeletons at Horse aux Songes, conducted by the Mauritian-Dutch group.

The Jurassic version of Mauritius thanks to the Natural History Museum

No doubt your first walk through the room, instructive as it may be, takes you back to the Jurassic period, some 150 million years ago. You will be able to admire the cast fossil of an Archaeopteryx, offered by the English gallery. This creature is commonly called Ur Vogel (German), the first feathered creature. This species of "raw fowl" shared various basic features with both the winged creatures and the dinosaurs of the time. There is, however, an unconventional link to both species. They had small teeth and in addition a long hard tail, it is believed that this is the first bird of its kind to change from being a land dweller to a winged creature. The main examples of Archaeopteryx that have been found came from the Solnhofen limestone in Bavaria, southern Germany.

What else can you see at the Natural History Museum?

Another 'inconspicuous flying creature' is the Zest Finch (neighbourhood name: Pingo) which is not often seen contrasted with the Yellow-fronted Canary (Country Sign: Serene of the Country - shown from tropical Africa), a winged animal species that dances mainly in Filao trees on the sunny banks of Mauritius.

Tropical winged creatures from Mauritius on display at the Museum

Mauritius has some pristine disengaged and marine islets which are home to some delightful feathered creatures, for example, the White Tropicbird, the Red Tropicbird and the Trinidad Petrel.

Of the 25 types of winged creatures endemic to Mauritius, only 8 have survived the exercises of man and the annihilation of their normal delicate natural environment by colourful warm-blooded animals. Some of the Mauritian feathered species are found in the wild, for example, Ile aux Aigrettes, Macchabée, Bel Ombre Nature Save, Dark Stream Chasms and Bassin Blanc.

Those birds that are becoming rare:

Marine life on display at the Natural History Museum

The second room is dedicated to marine life where you can see a range of stuffed fish species, crabs, echinoderms, molluscs and marine vertebrates: whales and dolphins.

The fish exhibit includes sharks, eels, beams and toxic, business and game fish. Many of these fish inhabit the ocean around Mauritius and the Indian Sea. Many are displayed in glass cases while some hang from the roof. Even if they are a bit old you can instantly detect their sadness due to the delayed presentation. You will also have the opportunity to discover harmful fish, which are also on display.

In addition, you will see an exceptionally rare sea urchin called Acanthocidaris Curvastispina. It is among the last three adult examples of the creature on the planet. This exhibition features a beautiful collection of murexes donated by George Antelme in 1934. There is also an example of Mammoth Clamshell given to the gallery by the English representative Sir Arthur Phayre in 1874. It is the largest bivalve weighing about 70kg and was collected from the entrance to the Bay of Bengal. An example of the mollusc Conus aulicus, which holds the world record measurement for this species at 7 inches, is also visible on the screen. What about the skull of a sperm whale, which appeared on Old Island and was found in October 1986 and the skull of a beaked whale, will catch your attention.

Continue your visit and arrive at the common history gallery with separate areas where intriguing displays depend on topography, meteorology, corals, shrimps, bugs, turtles and also nearby woods. In the geography area, an illuminated model of a lava pit and the different kinds of Mauritian rocks are shown. Here you will learn a lot about the cause of the island through its various ancient land rarities. The arrangement and spread of different corals - hexacorals, octocorals (gorgonians or ocean fans) and madrepores are very much represented next to each other along with nearby and fascinating butterflies and bugs found in Mauritius.

You will also have the chance to see and discover the Galapados turtle known to have lived for over 200 years. It was transported to Mauritius from the Seychelles by the knight Marion Dufresne in 1776.

In the plant segment of the Natural History Museum, you will find endemic plants and reptiles of Mauritius for example, the Trochetia Boutoniana (French: Boucle d'Oreille) which has been the national flower of Mauritius since 12 March 1992 - the day our nation attained republic status. Ebony wood, a hardwood much sought after by the Dutch pioneer and cuttings of other endemic leaves, e.g. Bois Makak, Bois de Clous, Manahé, Bois Cerf and Bois Tatamaka are also present.