Home » Mahébourg: the pearl of the south of Mauritius

Mahébourg: the pearl of the south of Mauritius 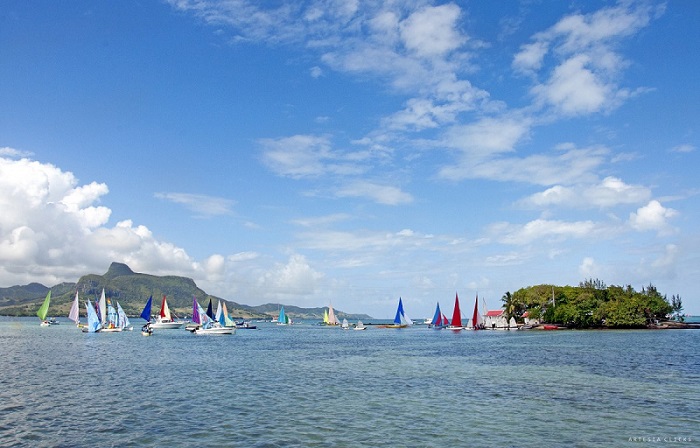 We have a large fishing and tourist village, which makes Mauritius an ideal platform for visiting the past. Mahébourg is the first place where the Dutch and then the French colonised the country. Located on the south-eastern coast of Mauritius, Mahebourg is considered to be the main village of the Grand Port district.

In the present day, the village of Mahébourg has seen very little development, retaining its historic and wild appearance. The village itself is a lively and colourful local commercial centre. Among the few infrastructural developments is the waterfront, which guarantees memorable walks along the pristine sea of this part of the island. While in the past the inhabitants of Mahebourg lived solely from fishing and farming, today the village has several hotels, a sign of a thriving tourist industry. Moreover, Mahébourg is known for its lagoon, which is the largest in Mauritius.

The history of Mahébourg, Mauritius

As mentioned above, the village of Mahébourg , Mauritius, is historically rich. The village owes its name to Bertrand-François Mahé de La Bourdonnais, one of the most successful French governors of the time. But before that, the village already had some buildings dating from the Dutch occupation. However, Mahebourg experienced its major development moment around 1806 under French colonisation.

During your visit, don't be surprised to find that the wide streets built during the Dutch and French occupation are still in use. However, due to its geographical position, Mahébourg was exposed to strong winds from the south-east and the French decided to move to the centre and eventually to Port-Louis where the port was built. This change of position transformed the village of Mahébourg into a deserted place, with the structures that testify to the passage of the first settlers. Over the years, the Mauritian authorities used the hospital built by the French to create the Naval Museum, which recounts the naval battles between the French colony and the British invaders.

National Museum of History in Mahébourg

The National History Museum in Mahébourg is one of the most popular attractions in this part of Mauritius. You will certainly see a rare and almost complete skeleton of the dodo, naval souvenirs and posters with images of life in colonial times. This museum is listed as a national heritage site.

When visiting the waterfront, also consider visiting the central Mahébourg Fair. This is undoubtedly one of the most famous markets here. Take advantage of the opportunity to buy silk, however today, tourists find a section of products in high demand. The market is usually open every day of the week.

What if you were looking for a slightly religious destination? Don't worry! Even if you are not interested in the spiritual aspect, you will be charmed by the magnificence of its architecture and heritage. The silhouette of the Notre Dame des Anges church dominates the horizon of the village of Mahébourg. A visit is a must…

Ile aux Aigrettes is a small coral bank in the bay of Mahébourg. This small island is now a protected sanctuary and home to the last remnants of the country's coastal dry forests. As on the main island, Ile aux Aigrettes was once affected by tree felling. However, in 1965 the island was designated a nature reserve and intensive conservation efforts have resulted in the restoration of the forest and the reintroduction of rare species that had long disappeared from the island.

Why not take a dip after a stroll through the village centre. Just head to one of the country's most beautiful beaches, Blue Bay. Although the area around Blue Bay has long been a tourist favourite for its beautiful beaches and crystal clear waters, most of the south coast has no beach. That said, hotel construction is limited.

The waterfront of Mahébourg is located between the bus station and the sea. A place not to be missed during your Mauritius holidays. No need to tell you that the waterfront offers a beautiful promenade facing the lagoon. It is important to know that the setting has been well-chosen and, as you will see, the large red brick pathway is of historical value and honours the naval battle of Grand Port in 1810 between the British and French empires.

Because of its proximity to the sea, the village of Mahébourg is also known for a very aquatic thing. Indeed, regattas are held monthly. This sport practised in dugout canoes attracts a large and enthusiastic crowd at each session. For the regatta enthusiasts, the aim is to measure and demonstrate who is the most skilful at navigating the pirogue.

Dotted with protected islands and islets, Mahébourg Bay is one of the most beautiful in Mauritius. In addition to its exceptional seabed, it is an ideal place for fishing. Fishing boats offer sport fishing from November to May, as the bay of Mahébourg is full of very big fishes that hide just off the coast. But beware: it takes patience and physical strength to catch a blue marlin, a shark, a bonito, a basking shark or a barracuda.

If you want to explore and marvel at the underwater world, you should try snorkelling. It allows you to gaze in wonder at the beautiful and colourful fish. In addition, other sea creatures swim closer to you and enter or leave the expansive coral reefs.

There are a number of hotels and guest houses in Mahébourg. Enjoy your holidays in the south of Mauritius, check out and book your hotel in Mahébourg now!