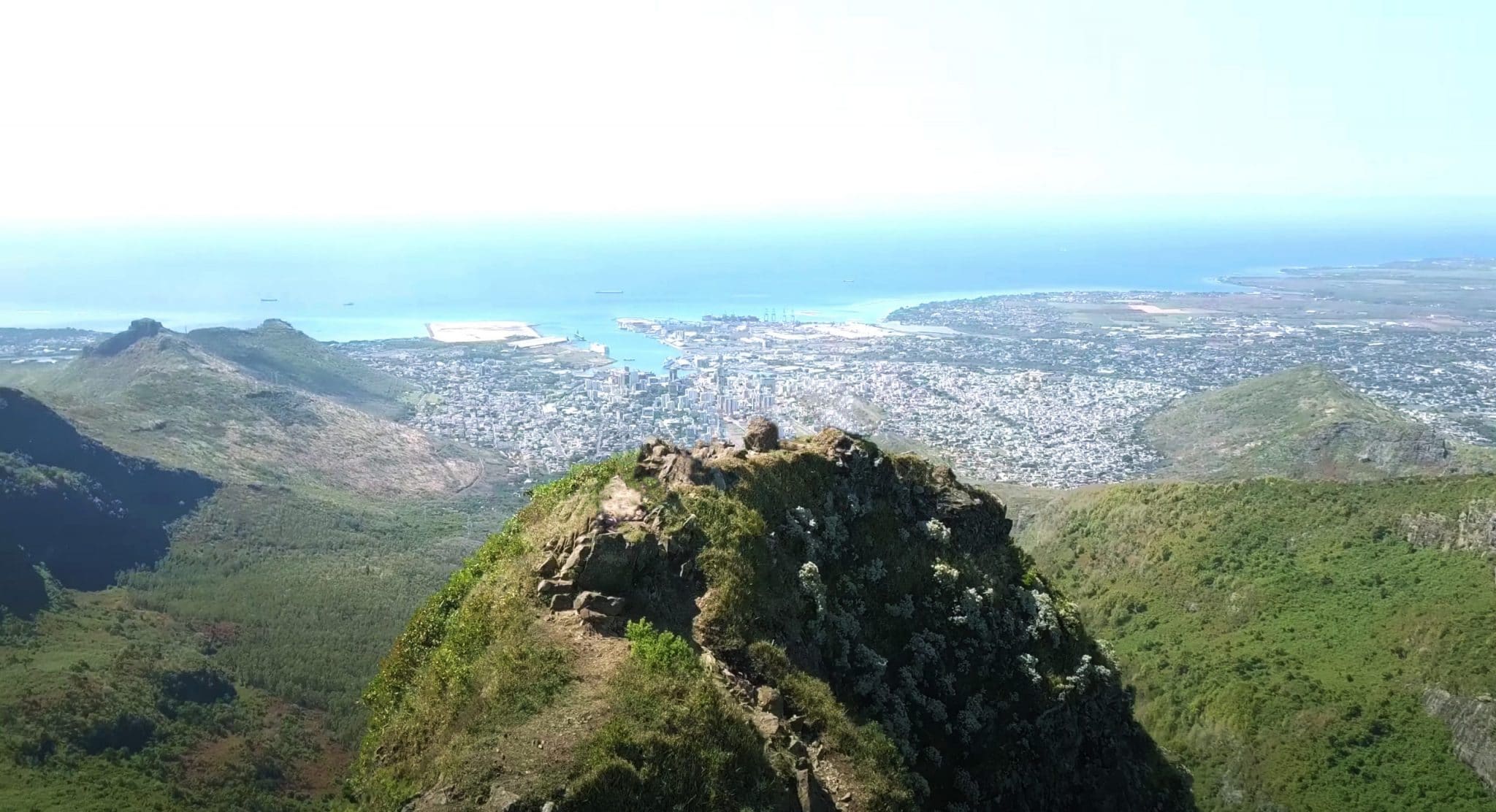 Formed more than 10 million years ago, the 812-metre high mountain brings together thrill-seekers for a unique purpose. A climb that takes you to one of the peaks from which a good part of Mauritius is visible. Le Pouce is part of the Moka chain. The mountain hides at its feet the beautiful village of La Laura-Malenga. However, you will have the choice between the very difficult route, either from Port-Louis via Le Dauguet, or from St-Pierre for a quieter and less strenuous climb. The hike from Saint-Pierre is much shorter. It lasts about 4 hours, which makes it accessible to all good walkers.

Why is Le Pouce famous?

Le Pouce is well known and the paths are often used. You will therefore have no difficulty in finding your way. Be careful though, after heavy rain, the whole first part of the hike is slippery and you may even see a small stream forming. The hike starts with a wide track that passes by some huts. The slope is gentle and without difficulty. On the left, a wooden signpost indicates some directions and the walking time, allowing 2h10 for the Thumb. Take a slight right and follow a very stony track that starts near large eucalyptus trees before entering the jamroses that create a pleasant shade. Further on, the track narrows and becomes a path made up mainly of large stones that are hard on the ankles.

If you are lucky, you may spot monkeys further down the valley. The path, still rocky, starts to climb more and more. After a few bends, we reach the beginning of a small plateau. Take advantage of the panoramic views which are offered to you; a foretaste of the island before being able to admire it at 360°, from the top. The stones finally disappear to make way for grass and earth. If you turn left, you can reach Port Louis. The path continues on the right through guava trees, beautiful palms, and longoses that bicker to invade the steep slopes of Le Pouce.

Great view of the Thumb Mountain, but beware!

We reach a new small plateau where the views have grown even more. Le Pouce, straight ahead, displays its summit which seems close at sight: exhilaration! The slope, however, is extremely steep and requires a lot of caution, concentration and agility. Indeed, this part is not recommended for people prone to vertigo. The path has very high steps which, due to the verticality of the area, create the only real difficulty. Hands are necessary to ensure safety as handrails are very rarely found in Mauritius. The summit of a few square metres has large rocks and little room for breathless hikers. Port Louis occupies a large part of the panorama. You can also see the ocean and all around Le Pouce, occupied by other mountains; a guaranteed spectacle! From the top you can see Port Louis, Moka and Beau-Bassin Rose-Hill, as well as many other places around the island.

However, you have to be very careful because the wind can be violent. After enjoying the show, it is time to go back down. Here again: be careful. The descent can be more complicated than the journey to the summit. To descend, it is best to sit down before setting foot. Once on the plateau, the rest of the descent is a pleasure.

The fauna and flora of Le Pouce

During the hike you will see that Le Pouce is overgrown with guava and acacia, which are not native to the area. An example of the flora endemic to Le Pouce is the Pandanus pseudomontanus commonly known as the Mountain Screwpine. Although this plant is not officially listed on the International Union for Conservation of Nature (IUCN) Red List, it is potentially in danger of extinction. The only species are two plants in the Thumb Nature Reserve. As both species are male plants, the species is at extremely high risk of extinction. So be careful not to contribute to its extinction.

Moreover, Le Pouce was formed ten million years ago in a basalt lava dome. This confirms the fact that Mauritius is indeed a volcanic island. Among the celebrities who have climbed Le Pouce is Charles Darwin who climbed the mountain during his trip around the world. He recorded it in his diary:

"I went up to Thumb, a mountain so called from a thumb-shaped projection, which rises near the town to a height of 2600 feet. The centre of the island consists of a large platform, surrounded by old broken basaltic mountains, with their strata plunging out to sea. The central platform, formed of relatively recent lava flows, is oval in shape, thirteen miles in diameter, in the line of its shortest axis. The outer boundary mountains fall into this category of structures called elevation craters, which are supposed to have been formed not as ordinary craters, but by a great sudden upheaval. It seems to me that there are insuperable objections to this view: on the other hand, I can hardly believe, in this case as in others, that these marginal crater mountains are merely the basal remains of immense volcanoes whose summits were swept away, or swallowed up by subterranean abysses.

Saint-Pierre - Summit: 3.8km round trip, moderate trail for 4h (steep climb on the last 500m), return on the same trail or on the one from Port-Louis.

Saint-Pierre - Port-Louis: 6km one way, moderate trail for 3h45 (not including the ascent to the summit), end of the trail at Tranquebar or Le Dauguet, Port-Louis.