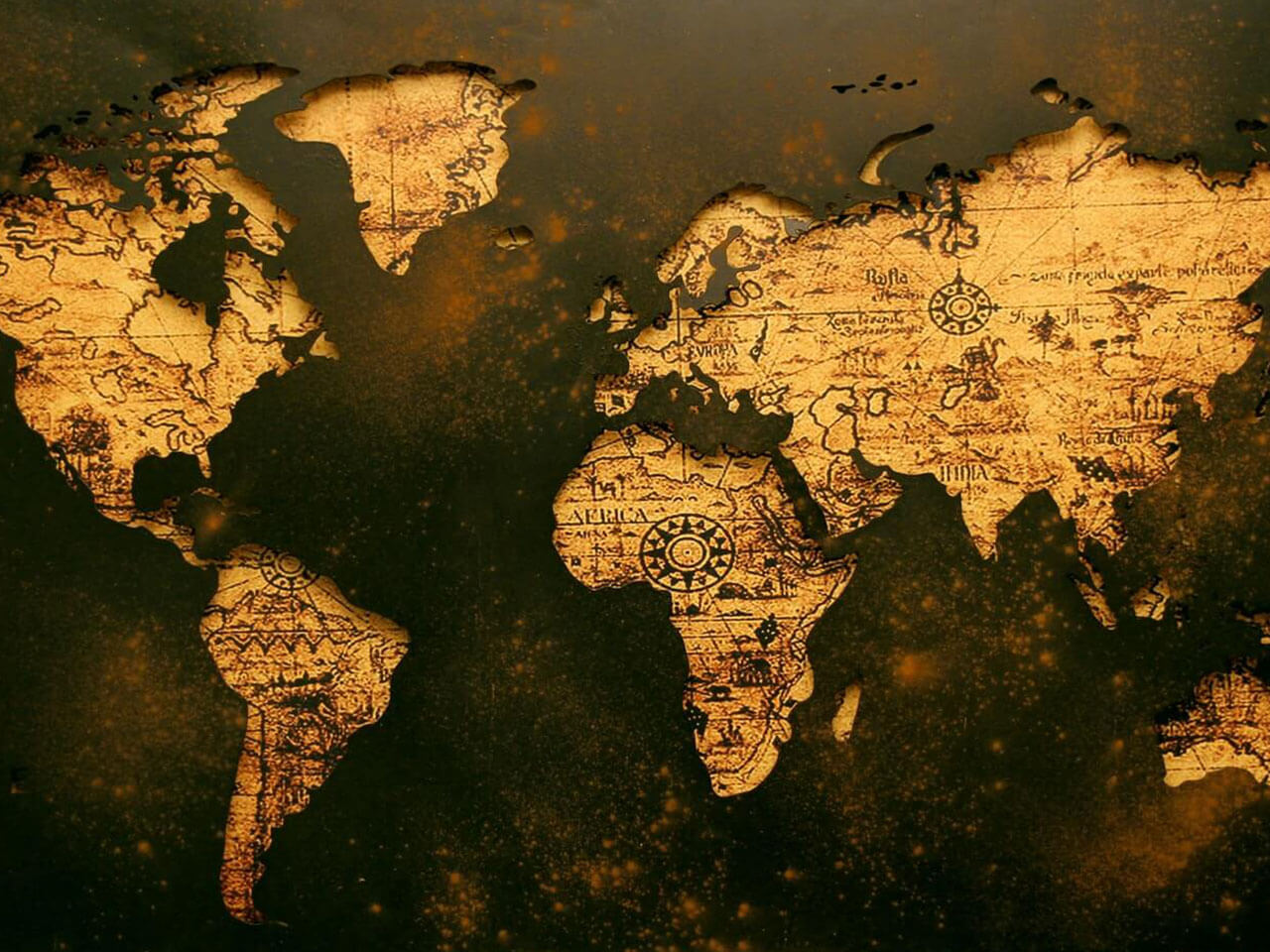 The history of Mauritius is quite fascinating. You will realise how the past has played a great role in the modern island. However, there is a lack of documentation on when the island was discovered. It is therefore difficult to know the exact date when the actual events took place. However, the fact is clear that the Arabs were the first to occupy the island in the 10th century. They called the island Dina Arobi which means Desert Island. Documentation also shows that they were followed by other Malaysian tribes.

The Island in the Portuguese period

The Portuguese were the first Europeans to visit the island at the beginning of the 16th century when they named it Ilha Do Ceme, which means Swan Island. However, the Portuguese did not settle on the island, but used the island as a port of call and as a source of fresh food as they were very committed to protecting their trade and proximity with India.

History of Mauritius under the Dutch period

The Dutch led by Wybrant Warwijk first visited the country in 1598 and renamed the island after Mauritius of Nassau, the Prince of Orange. During the first years after the arrival of the Dutch, they regularly visited the country and enjoyed the raw materials such as ebony and wild animals such as pigs, turtles, the famous Dodo and goats.

During the period of the Dutch after 1600

In 1630, the Dutch first settled in the country to prevent the French and British from occupying the island. The Dutch decided to settle on the east coast around the port located in the south-east, an area in which the town of Vieux Grand Port is located today. The first settlement was established by a governor known as Simons Gooyer, sent by the Dutch East India Company. The purpose of the colonies was to send ebony trees to Holland and Batavia. Food, tobacco, cattle and poultry were produced to provide fresh food for the Dutch ships that used the naval route. The settlers were also ordered to build a fort to protect the harbour, built in 1638.

After the reign of Simons Gooyer, Governor Van Der Stel was sent to the island and brought with him various seeds and fruits, including sugar cane saplings. He brought animals and birds such as sheep, geese, ducks, pigeons and deer. He raised the animals so that they would really multiply to become fresh food and products for passing ships. During his time as governor, Stel ventured a lot into agriculture where he grew tobacco, indigo, cane and rice, but the crops could not last long as he was badly destroyed by a cyclone in 1644. The difficult conditions on the island discouraged the Dutch from abandoning the country.

History of Mauritius under the period  Dutch after 1700

However, around 1710, the Dutch returned to the island and tried to settle again. They had skilled men on board such as blacksmiths, sawyers, carpenters, brewers and tanners. Once again, the difficult weather conditions on the island did not spare them and they abandoned the island.

History of Mauritius under the French period

After the departure of the Dutch, Mauritius remained unoccupied until 1715. Captain Gillaume Dufresne D'Arsel occupied the island and named it Isle de France. Settlers began to come from the Island of Bourbon and from France. Denis Denyon became governor, and under him vast tracts of land were cleared to try to grow rice, corn and tobacco. Unfortunately all crops were destroyed by the cyclones. In 1738 Bertrand Mahé de Labourdonnais was appointed governor of the island and built several infrastructures. Roads, a large civil and military hospital which still stands near the port, the government, powder magazines, shops, warehouses, canals, and the castle of Mon Plaisir. The governor obtained slaves from Mozambique who would help the settlers to cultivate their land.

During his reigns, Mahé brought sailors and Indian craftsmen who would help with public works. This led to more developments that led to a prosperous colony. In 1767, Governor Dumas and Intendant Pierre Poivre took over the administration where they built and widened roads and stone houses.

After the war between the British and the French in 1810, the island fell under British rule. Most of the former French settlers remained on the island and were allowed to keep their laws, religion and customs. Under the British colony, slavery was abolished in 1835. Indian indentured labourers were brought to the island to work on the sugar cane plantations. The Indian workers landed in Port Louis, specifically in L'Aapravasi Ghat located in the capital of Mauritius. Most Indians eventually settled in Mauritius where they constitute the majority of the present population.

Mauritius gained independence on 12 March 1968. They decided to be guided by a constitution based on the British parliamentary system. After several years, the island gained economic and political stability and became a republic in 1992. Their constitution is based on the Westminster model where the Prime Minister and the cabinet have political power. Mauritians hold elections every 5 years.

Mauritius is capable of hosting a multicultural society without conflict. People of different religions, languages and cultures can live in harmony as a single community. The French played a big role in this mix of different cultures when they occupied and took control of the island. They brought slaves from Africa and Asia. The British brought the Indian workers and this really changed the social culture of the island. Different people from different backgrounds came together and formed a distinct Mauritian society.

Today, the people of Mauritius have different ancestors, different religions and beliefs that have been successfully integrated into the local culture. The majority of Mauritians understand and speak French more fluently than English. The Indians have retained their own language. The majority of the Mauritian population speaks Mauritian Creole which has French origins. Multiculturalism in Mauritius makes the country unique.

Timeline of the history of Mauritius

As you may have noticed, Mauritius was not always called what it is today. Let us look back at the colonisation of Mauritius over the years.

1598 - The Dutch, who were the first to colonise the island, name it after their prince, Maurice Van Nassau. The ebony forests were destroyed by over-exploitation and the dodo was exterminated. It later became a symbol of endangered species and conservation worldwide.

1715 - The French take possession of the island and rename it "Ile de France".

1721 - Governor Mahé de Labourdonnais founds Port Louis, which later becomes the capital of Mauritius. He transformed the island into a prosperous French colony and a port of call for sea voyages from Europe to the Far East around the Cape of Good Hope. He established Port Louis as a naval base and built roads and bridges. His other achievements include the Government House, the barracks and the Mon Plaisir castle in the Pamplemousses Botanical Gardens. Today, the statue of Labourdonnais still stands guard over the port of Port Louis.

1810 - A major naval battle took place at Grand Port, on the southeast coast of the island. It was the only naval battle won by Napoleon and is therefore duly engraved on the Arc de Triomphe in Paris. However, three months later the British launched a surprise attack in the north of the island and the French Governor General Charles Decaen surrendered.

1814 - The Treaty of Paris of 1814 ratified the cession of Mauritius and its dependencies, Rodrigues and Seychelles, to the British. But Reunion Island, which was also captured by the British, was returned to the French. The island took its former name of Mauritius and English became the official language. However, according to the Treaty of Paris, the population had to keep its language, religion and laws. This is why French is still widely spoken despite the fact that the British ruled the island for 158 years.

1835 - British slavery is abolished. Newly freed slaves refuse to work on the plantations, so indentured labourers are brought from India. Chinese and Muslim traders are also attracted to these shores. Hence the melting pot that now constitutes the Mauritian population.