Curepipe, Mauritius: freshness at all times 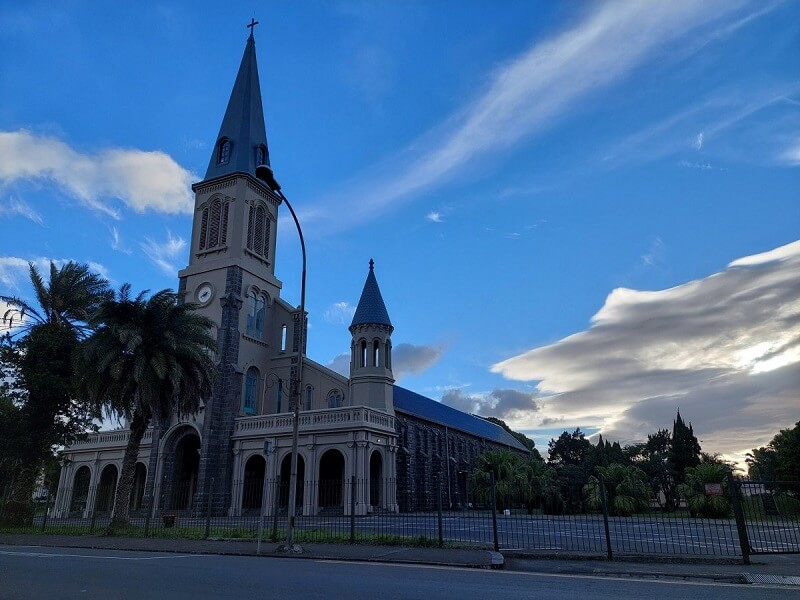 The town of Curepipe, Mauritius, is not in itself a tourist town. However, unlike its peers, Curepipe has several tourist attractions, including the famous Trou aux Cerfs. Officially, the town of Curepipe covers an area of 23.8 kilometres in the Wilhems Plain. Yes, Curepipe is 561 metres above sea level and is undoubtedly one of the largest cities in the country.  Its geographical position makes it a city known for its permanently cool climate, where the grey weather often persists.

Going back to its origins, the name of the town, like elsewhere, comes from France. According to several sources, Curepipe means to clean one's pipe. Today, the town of Curepipe is inhabited by an estimated 80,000 people and is administered by the Curepipe City Council. Apart from its fantastic tourist spots, Curepipe is economically active with the presence of several restaurants, hotels, shopping centres, craft shops… In short, there is no risk of being bored in Curepipe.

Curepipe is also one of the few cities that has suburbs. There are at least a dozen of them in the Curepipe suburbs which are worth a visit:

This place is a testimony to the island's volcanic past. From the top of its 605 metres, Trou aux Cerfs watches over Curepipe. Although many joggers go around the crater, few visit the bottom. And for good reason, it is now almost inaccessible. Eight million years ago, the burning earth poured its lava into the Indian Ocean, giving birth to our beautiful island. Although Mauritius is no longer a volcanic island, its landscape bears the traces of its geological history, with its 300-metre diameter and 80-metre deep crater of Trou-aux-Cerfs being the proof. Vegetation as eclectic as it is luxuriant has invaded the crater and its flanks. Following a prepared track, you can walk around it, and take advantage of the small kiosks to admire the landscape.

Below, the town of Curepipe goes about its business, while to the west the Trois-Mamelles mountain and Mount Saint-Pierre rise into the sky. At night, the lights of Reunion Island can be seen. But when you lean towards the heart of the crater, water has replaced the lava, and the heart of the crater houses a small lake. It is difficult to resist the temptation to go deeper into the vegetation to reach this oasis of peace below. To get there, you have to make your way through a curtain of vegetation, and be careful not to slip: the slope is very steep and… very muddy! Once at the bottom, caution is always required. The ground is marshy, and it is difficult to distinguish the limit between water and dry land. As for a little swim in the lake, the idea is excluded. The unwary bather might get stuck in the mud…

The Domaine des Aubineaux mansion was built in 1872 in a classic colonial style and in 1889 was the first residence on the island to be equipped with electricity. Also known as the Aubineaux mansion as it belonged to the Aubineaux family, this house was built in period wood and the house is topped with beautiful turrets that give it an imposing and impressive look. During the recent renovations, the owners did not want to change anything. As a result, the house still retains its antique furniture and paintings. During a visit, you will have the charming accompaniment of a guide who will help you in this living space where you will discover the formidable past of a Mauritian family. You can also enjoy delicious Mauritian dishes at the restaurant's table, on the terrace of the house which overlooks a beautiful green garden.

The Town Hall overlooks a small park in the centre of Curepipe, Mauritius. The Town Hall is one of the best preserved Mauritian structures from the colonial era. However, major renovations are being carried out on site and the site is closed to the public.

Travellers looking for model boat showrooms and workshops should stop by Les Voiliers de l'Océan. About 200 models are produced per month.

The Galerie des Îles offers a generous selection of models and local artisans in more than a dozen boutiques.

The botanical garden of Curepipe, Mauritius, was created in 1870. It was laid out by descendants of French settlers with a myriad of exotic and endemic plants from the Mascarene Islands. Spread over an area of two hectares, this garden is home to imposing palm trees, a multitude of rare lataniers and ferns, immense tambalacoques, olive woods and matting woods, which rise up in the heart of a luxuriant vegetation.

Monvert Nature Walk has a series of trails spanning over 73 Ha and an excellent arboretum and ferns. The arboretum is dedicated to endemic species and is home to many critically endangered species that you won't see anywhere else. The trails start two kilometres down the same road as the visitor centre, where you can get information and a map.

The trails - there are two official trails - are well marked and easy to follow. They take you through the marshes, along footpaths and along paths cut into the secondary growth forest. They are not well shaded. The trailhead has a lovely pavilion next to a small lake which is ideal for reading or a picnic.

Located just across the street from the entrance and municipality of Curepipe, St. Theresa's Church is a beautiful piece of architecture that has undergone many changes over the years. Today, if we look at the church, we can see how much the building has been developed.

Built in 1868, the Catholic Church has been a landmark building in the town of Curepipe, mainly for the town centre. There is also the Church of St. Helena, which is located at the northern entrance to the town and both churches are architecturally magnificent. Sainte Hélène was built in 1922, much later than Sainte Thérèse.

History of the town of Curepipe, Mauritius

The first inhabitants of Wilhems Plains settled in the lower part of the district, which is named after Wilhelm Leichnig, a German who lived on the island between the departure of the Dutch and the arrival of the French.

In the 18ᵉ century, only the Mesnil area was inhabited, but the same was not true of the forested area further south. In the early 19th century, the British administration decided to build a road from Port Louis to Mahébourg and the plans indicated that this uninhabited area was crossed by a small forest road was not very practicable.

However, for travellers, this was the shortest route between north and south and they used to stop at a stream crossing the road to quench their thirst and rest after long hours of walking. According to legend, the men took advantage of this to clean their pipes. This is how the name Curepipe came to be used.

It was the construction of the road from Port Louis to Mahébourg that changed the destiny of the town of Curepipe. When it was completed in 1825, the new road became the obligatory passage for travellers. A few houses were built on the heights and a relay hotel was built there. It was located in the former military post that had housed the troops responsible for the construction of the road. Later on, several other hotels of the same kind were built, but Curepipe remained a simple stagecoach station until the opening of a railway station in 1865.

From then on, the population increased significantly and Curepipe began to develop into a village. The inhabitants were spread around the railway station and in a few houses scattered around the area. Curepipe, with its cool climate, was an ideal place to escape mosquitoes and fevers. The population grew rapidly and Curepipe finally achieved the status of a town.