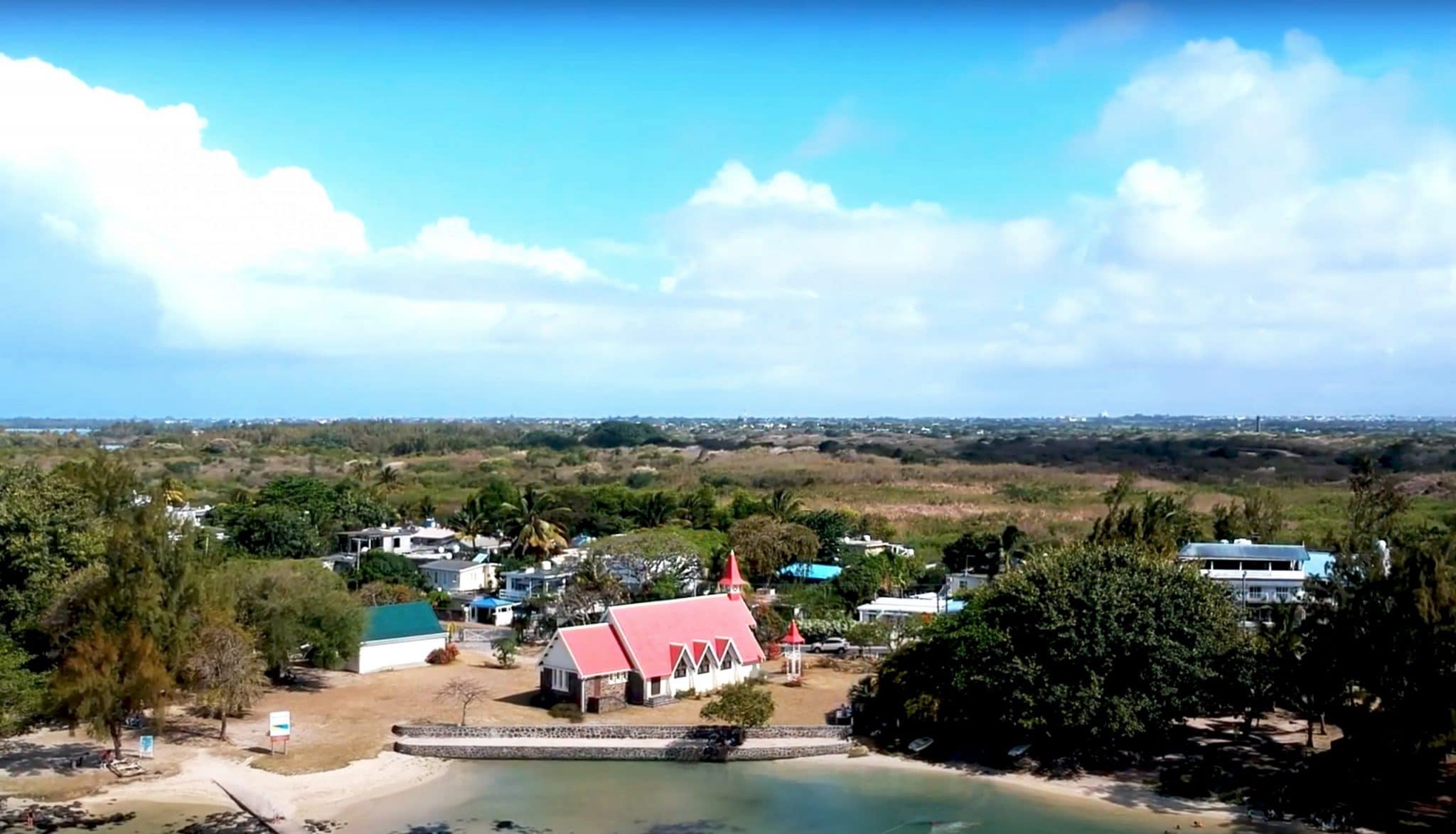 Cap Malheureux is a small fishing village with between 5,000 and 6,000 inhabitants. This village is located in the north of Mauritius, between Grand-Baie and Anse La Raie. Cap Malheureux is one of the most famous villages in Mauritius. The village is part of the Rivière du Rempart district and is administered by the Cap Malheureux village council.

The village has evolved with the development of the country. Over time, it has become a holiday destination. Today, Cap Malheureux is home to bungalows and hotels that offer a breathtaking view of the three northern islets: Coin de Mire, Île Plate and Île Ronde.

The legend about the village of Cap Malheureux

It is said that it was named after the shipwrecks that occurred on the nearby reefs. One of the most famous shipwrecks was that of the Saint-Géran, a ship of the French East India Company. This same ship was later immortalised in Bernardin de St-Pierre's story, Paul and Virginia. The Saint-Géran was wrecked in 1744 on Amber Island, north-east of Mauritius. However, the research leads to a very distant conclusion and date. It was only in 1753 that the first mention of the cape was made on the map of the Abbé de la Caille. Even though this is where the English came down to take possession of the island in 1810, the name Cap Malheureux has not changed.

The Chapel of Our Lady Help of Christians in Cap Malheureux

Besides its bungalows and hotels, the village of Cap Malheureux is also famous for a place of worship. The Chapel of Our Lady Help of Christians with its famous red roof is a true icon of the village. Its geographical location attracts, seduces and is a real boon for photography enthusiasts. With its blood-red roof, its bell tower pointing towards the celestial blue of the sea, the Notre-Dame Auxiliatrice chapel stands in the middle of a green lawn.

It was built in August 1938 by the Belgian missionary Abbot Albert Glorieux. He was inspired by a pilgrimage chapel in Péruwelz, Belgium. This Catholic church attracts many visitors and worshippers. On Sunday mornings, many tourists can join the mass. The church, as well as the beach behind the church, is a popular place. Indeed, newlyweds take their photos there, against the backdrop of the turquoise sea, with the Coin de Mire in the distance.

The ballet of the fishermen

If you get up early to watch the sunrise, you will certainly have the opportunity to cross paths with some fishermen. The first shops open their doors very early, especially the bakers, to allow the men to set sail. A few movements of force to launch the dugout canoes, a few strokes of the shingle and an engine that lights up. It's a long day for these men who have to rely on what the sea gives them to feed their families at the end of the day. However, if you are a late riser, you will not have missed anything. Once at the beach of Cap Malheureux, you will have the opportunity to witness the ballet of the fishermen off shore. Throughout the day, the pirogues will be visible in the distance, sometimes motionless, sometimes moving. Around 3pm, the first boats become larger and larger. The day is coming to an end for these men of the sea. One by one they put down their huge crates, sometimes filled with fish, sometimes not.

Once on land, you will be able to witness a new spectacle. The fish sale. This is the place to be for this kind of activity. There are also many tourists who buy fresh fish at very attractive prices. If you are not a fan of fishing, the beach of Cap Malheureux offers you a quiet place to relax. The azure blue lagoon is too beautiful to resist. The beach allows you to enjoy the sun and the view, while children play in the white sand. Fishermen frequently come ashore with a fresh catch. The best time to visit Cap Malheureux beach is early in the morning between 7am-11am or in the afternoon between 1pm-5pm when the weather is mild.

Some activities to do in Cap Malheureux: