Home » Biryani: A complete spicy speciality ideal for any occasion!

Biryani: A complete spicy speciality ideal for any occasion! 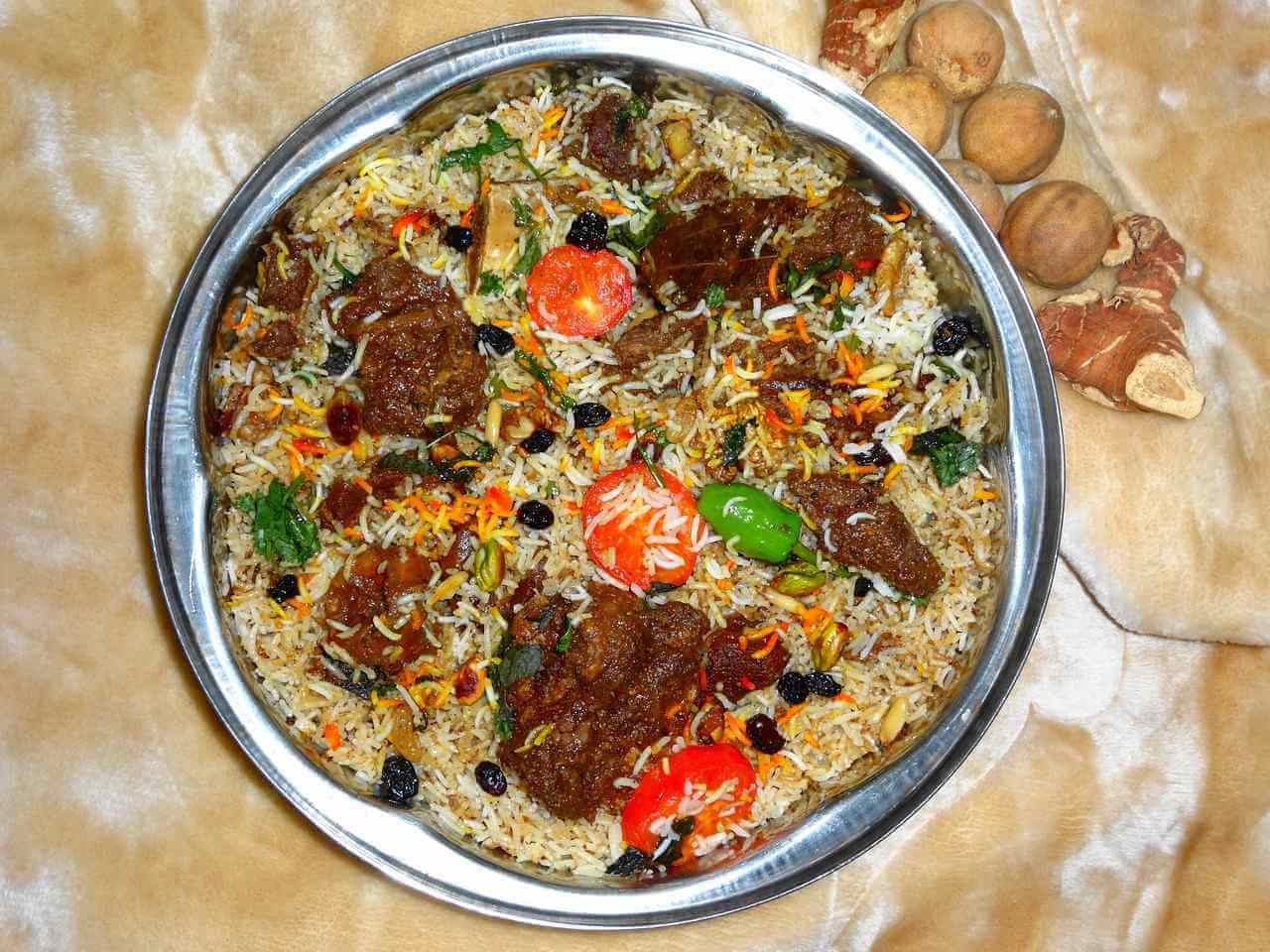 Biryani is one of the Mauritian dishes with Indo-Muslim origins made from rice, spices, fresh herbs and meat among others. You can find it everywhere! Originally, it is made with beef, chicken, fish or even vegetarian, with vegetables, and dehydrated soya!

The origin of Biryani in Mauritius

However, it is important to know that making Biryani is a skill. There are people who have made the making of Biryani a profession. It is then called Bhandari! It is a profession that is passed on from father to son.

In Mauritius, Biryani is cooked in the Kacchi way, which means raw. There are several reasons why Mauritian Biryani originated in South India and not North India despite the fact that the bulk of Muslim immigrants came from the North East of the subcontinent from 1834. Although Biryani in Calcutta evolved from the Lucknow style, it was not until 1857 that Biryani was introduced to Bengal after the exile of the last Nawab of Lucknow, Wajid Ali Shah, to Calcutta. The tradition of Biryani in Mauritius was undoubtedly passed on through maritime connectivity and was subsequently reinforced by the Cokni Muslims (a community of seafarers from the Cokun region on the Malabar coast) and Muslim merchants.

If everyone thinks that in the islands you only eat fish, it is not necessarily the case! Nestled in the middle of the Indian Ocean, Mauritius, which is only a few square kilometres in size, has a rather exceptional culinary wealth. Between dishes with sauces, recipes based on rice and meat or small snacks to eat on the go, you will find everything you like in Mauritius. What is even more striking is that people who don't necessarily like to eat vegetables still manage to find their happiness by tasting them. You will taste them, they are different from those you will find in Europe…

The Biryani of Mauritius is an art

Making Biryani is an art. It is a challenge to cook the meat until it is tender without overcooking the rice. The Bhandari or chef must know the right proportion of each ingredient and component placed in the Deg (cooking vessel). There should not be too much water or oil which would make the Biryani sticky and burn the spices at the bottom. The golden rule of Bhandari is to never open the lid of the Deg, once it is on fire, until the Biryani is fully cooked. A professional Bhandari may be able to tell if the Biryani is fully cooked simply by smelling the fragrance or by placing his hand closer to the neck of the Deg, from where the steam escapes from the joint, knowing that there is still liquid at the bottom of the Deg. If there is no more steam, then he knows to control the fire to avoid the risk of burning the spices.

The preparatory phase of Biryani is indeed a folklore. On the eve of preparing the Biryani, the whole family and relatives would gather, or a team of volunteers would form around the Bhandari to help him with his task: chopping, mincing, peeling or grinding the various ingredients. All these tasks were done manually and sometimes late into the night. Today, much of this folklore has faded away as most of the manual tasks are done by home appliances. With these new facilities, a professional Bhandari needs a very small team of assistants to manage and supervise the cooking of dozens of Biryani Degs simultaneously.

The preparation of the Biryani

Ingredients for the Biryani (for 5-6 people) :

The preparation of the Biryani