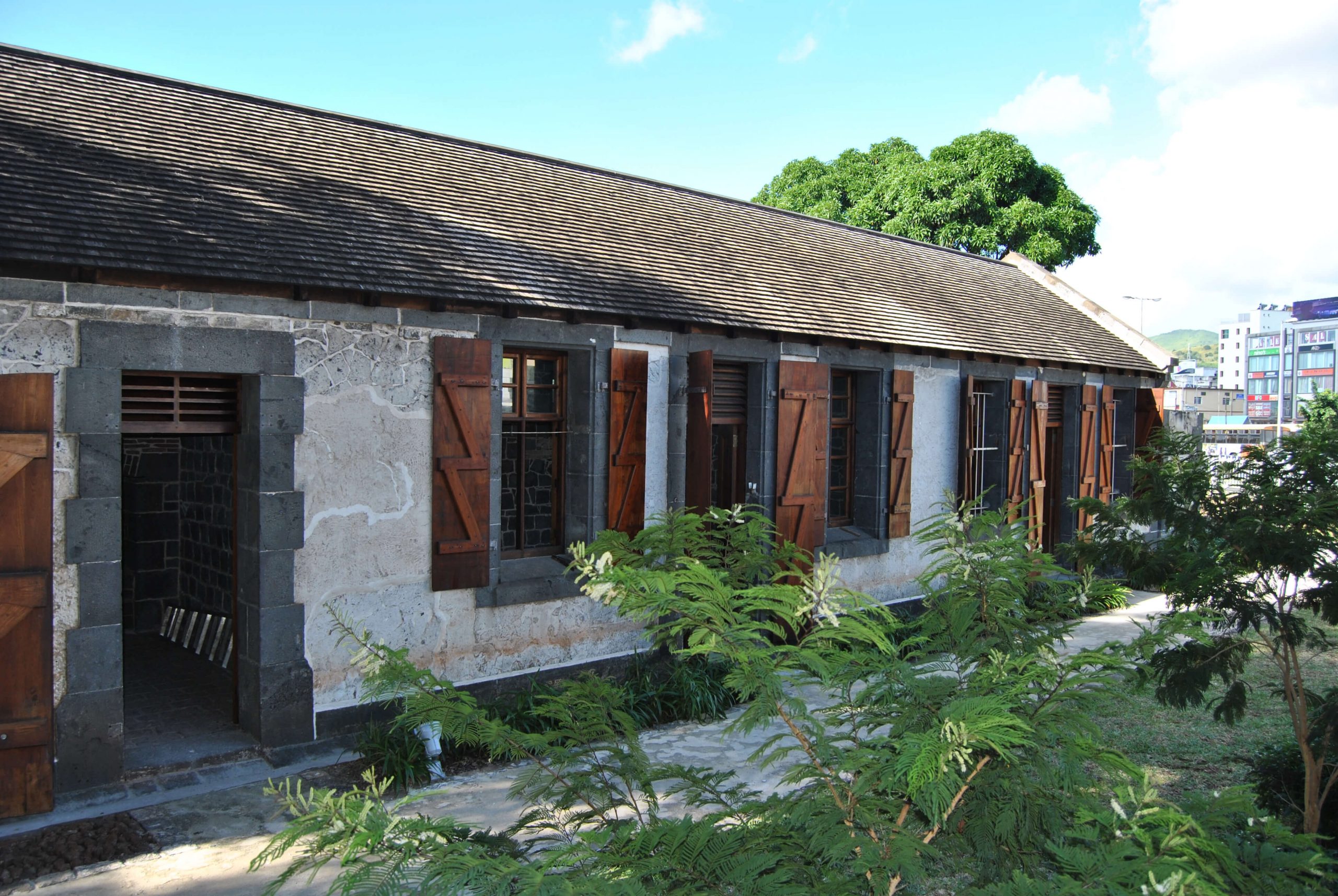 The town of Port Louis is the first town that ever existed in Mauritius. With the ocean nearby, the French were the first to settle in Port Louis. As the name suggests, it is the port region of the country. In a small corner on the old harbour, next to the oldest post office of the island, is a historical treasure, fully preserved and still reminiscent of the suffering of the first indentured workers from India. This little corner of 1,640m2 is called Aapravasi Ghat.  The site was known as the Coolie Ghat until the 1970s. As early as 1834, Franco-Mauritian and British planters organised the recruitment and transportation of Indian labourers. This trade became known as the Coolie Trade and later the immigrants were called Coolies. The word coolie comes from the Tamil kuli meaning wage, and a Coolie is a person who works for a wage.

The Aapravasi Ghat, the historical site

This historic site was declared a World Heritage Site by UNESCO on 12 July 2006. It was in 1834 that the British government chose Mauritius as the perfect intermediary between England and the East India Company, still an English colony at the time. With the abolition of slavery now a reality, the British had to find a new workforce to develop the country they had just "conquered" in the battle against the French. The Ile de France became Mauritius, the island of Mauritius. The English found this labour force in India. The transition from slaves to indentured labourers then began. The Aapravasi Ghat was the place chosen by the British to land the majority of these workers who came to work in the cane fields. The Aapravasi Ghat was also a point of exchange for foreign workers on the island. Even today, the structures of the Aapravasi Ghat are among the most visible signs of what was to become a global financial framework and one of the best relocations of all time.

The Aapravasi Ghat is today the remnant of a migration warehouse. While the indentured labourers came mainly from India, it is important to know that they also came from East Africa, Madagascar, China and also from South East Asia after the abolition of slavery in England in 1834. Thus, the "great experiment" in Mauritius prompted other powers to adopt this system from the 1840s onwards. This led to a global relocation of more than two million indentured labourers, of which nearly one million were in Mauritius.

The Aapravasi Ghat, after independence

Following independence, successive governments in Mauritius have recognised the importance of the Aapravasi Ghat in the history of the country. This site represents the memories and qualities of those men, women and young people who left their homeland to settle in Mauritius to work. It is undeniable to say that the Aapravasi Ghat has been the gateway to the development of Mauritius.