Home » 15 reasons to choose Mauritius as your next destination

15 reasons to choose Mauritius as your next destination 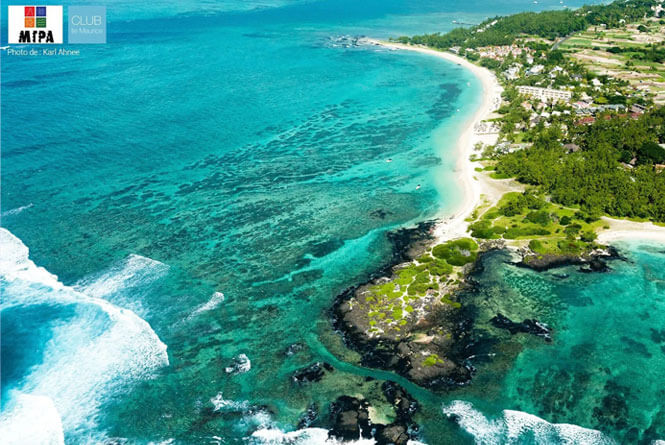 15 amazing things to do in Mauritius

Far from the French coast, Mauritius stands as a beautiful island nation off the south-eastern coast of the African continent, in the middle of the Indian Ocean.  The republic is made up of Rodrigues and Mauritius as well as the outer islands, including St Brandon and Agalega, while waiting to regain the Chagos. With incredible white sandy beaches lining the Mauritian coastline, inviting blue waters, lush green mountains, protected UNESCO World Heritage sites and much more, you won't be disappointed with your stay in Mauritius!  So much so that you will be considering a return to the island sooner than expected…

Here is our list of the best things to do in Mauritius.

Visit the city, the economic capital of Mauritius, Port Louis. It is on the map, the largest city of the country and especially one of the first places you must visit during your stay in Mauritius.   You won't be disappointed as Port Louis is full of good things. The shops, the shopping, the historical market, the port, the museums that tell the history and evolution of the island, the Champ de Mars, in short, Port-Louis has everything to seduce.   During the week, Port-Louis is the most important administrative and economic city of the country and is a lively city from morning to night.  Throughout the day, you can certainly take advantage of the hospitality of the Mauritians in the various streets of the capital while shopping at a much better price than elsewhere. At nightfall, Port Louis changes its appearance and becomes a kitchen town. At every street corner you will have the chance to taste the best dishes of Mauritius. Briani, dumplings, fried mines, grilled meat, in short…a dish for every taste.

Deep-sea fishing is one of the most popular activities for tourists in Mauritius.  In the territorial waters of the island many species of huge fish live in peace. These include blue and black marlin, yellowfin tuna, different varieties of barracuda and sharks, and many others. In addition, the Marlin Fishing World Cup is held off Mauritius every February-March and several world records for fishing, including Mako shark, blue shark, Bonito, albacore, and barracuda, are achieved here.  Many other catches were also close to the record. Most hotels have fishing boats for hire for an unexplainable experience!

A trip to the Caudan Waterfront

We mentioned above the wonders of the capital and the Caudan Waterfront is a meeting place for locals and lovers.  We haven't forgotten the shopping lovers as there is also a large shopping centre.  The Caudan Waterfront is also a haven for the local art community. On the esplanade you can enjoy street artists, a Kiddyland, a wide range of food options and many unique shops that are only found at Caudan Waterfront.  If you are a history buff, there are many historic buildings to visit on the water, including the Blue Penny Museum, the Central Post Office Museum, and the Natural History Museum near the Treasury Building.

Visiting these museums should be at the top of your list of things to do in Mauritius to immerse yourself in the history of this amazing nation.  The Blue Penny Museum is home to many rare stamps, including the blue penny and orange penny stamps of 1847 which are among the rarest stamps in the world. The Caudan Waterfront, with its rows of shops and restaurants, is the perfect place to stroll for the day and enjoy the local culture.

We'll be staying in the capital for a while longer to show you the iconic China Town.  It's like a city within a city with its many shops and restaurants, China Town stands out from the rest of the capital with its unique culture and flavor that you can find here and nowhere else.  In China Town, you will find pharmacies that are out of the ordinary.  Pharmacies that specialise in traditional Chinese medicine.

Discover the local culture in Mahebourg

If you do not visit the southern part of Mauritius which includes the cultural village of Mahebourg, your trip to Mauritius will not be complete.  This relatively undeveloped southern part of the island is the cradle of humanity on the island. And yes…it is via Mahebourg that the first men arrived on the island. Dutch, Arabs and French, all passed through the village of Mahebourg as evidenced by some of the structures left intact by modernization.  The village of Mahebourg is also the best place where you will have the opportunity to discover the real Mauritian life.  Its mountain ranges offer some of the wildest and most beautiful scenery in the country. The southern part of the island, which stretches for several kilometres from the village of Souillac to Le Morne Brabant, is very undeveloped and does not have the beautiful beaches of other parts of the country.

Located in the Moka region, Eureka is a French colonial mansion that once belonged to the island's largest sugar baron. Eureka is a feat of engineering, with 109 doors and a wrap-around viewing balcony to keep residents cool in the tropical heat. Its turreted roof windows are particularly interesting in the context of the Moka mountains.

Opening hours: Monday to Saturday 9am to 5pm; Sunday 9am to 3pm

There are two UNESCO World Heritage Sites in Mauritius. The first is the Aapravasi Ghat in the capital and the second is Le Morne Cultural Landscape. Both are magnificent sites not to be missed during your stay. The Aapravasi Ghat was a place of descent for Indian and African indentured labourers in the 19th century after the abolition of slavery in 1834. The Morne Mountain and Aapravasi Ghat are emotional sites, which makes them one of the best things to do in Mauritius.

Located on the west coast, Flic en Flac is another must-see site to have on your list of places to visit in Mauritius. Flic en Flac has one of the most beautiful beaches in the country. Composed of various tourist hotels, Flic en Flac is a tourist village in its own right.  The lodgings are a short distance from the beach and offer all the necessary amenities to make it a place where you will want to spend relaxing days.

Rest and relax in Souillac

Like the village of Mahébourg, Souillac is another place to see and an excellent idea of what to do in Mauritius. This small seaside resort is located along the steep coast of the Savanne district in the south, and is famous for its exotic garden overlooking the sea.  The Telfair Garden is one of the few places in Mauritius that offers you all day long large shaded areas to relax.

If you are a nature lover, the Black River Gorges is a fantastic site in Mauritius. This incredible 6,574-hectare national park was created in 1994 to protect the country's last remaining indigenous forests.  In the Black River Gorges National Park, you will be spoilt with beautiful scenery, endemic plants, including a conservation area and rare orchids, and rare bird species.

Fancy a day trip? This sugar plantation-turned-playground is one of the island's best with quad biking, horseback riding, ATV, Segway and buggy tours.  Routes unpack the slopes of the Bamboo Mountains where deer roam among ebony trees and cinnamon plants. There are five routes to choose from, including a 7km botanical trail and all activities include an optional authentic Mauritian buffet lunch. There is also a children's only activity village with go-karting and "the world's longest zip line", a 3.5km course that lasts two hours.

A small village in the south-west, Chamarel is full of attractions, and has been made famous by the presence of the Terres de Sept Couleurs. The weathering of basalt at the volcanic base of Mauritius, together with the formation of iron oxides, has resulted in a small expanse of sand dunes in changing variations of red, brown, grey and purple.  Climatic conditions such as rain and wind have also eroded the gullies in the sand, where shadows add further variation.

Located in the wild southern part of the island, the Frederica Nature Reserve near the village of Bel Ombre stretches a long distance from the coast to the mountains. Visitors will be engulfed by the fantastic scenery and the highest waterfall in Mauritius. In the reserve, the resulting biodiversity provides a fascinating place to discover the flora and fauna of the country.  If you visit this place, you can do so, accompanied by a guide by quad bike or FWD while having the chance to observe deer, wild boars and other species of animals that walk freely in the reserve. The native plants and trees are less exciting but essential for the survival of native mammals such as the reserve's large colony of bats.

Today, this island off the coast of Mahebourg is a refuge for many endangered species. Ile aux Aigrettes is seen as the last resting place of the dodo.  An island in the shape of a tiny coral, it is surrounded by a clear sea. In addition to the birds, the island is also home to the gigantic Aldabra turtles.  To visit the island, all you have to do is take a boat provided by the Mauritius Wildlife Foundation. This means of transport is accessible from the jetty of the Sun Hotel at Pointe Jerome, which is not far from the resort, Preskil.

The warm waters of the Indian Ocean, made calm by the protective coral reef, make Mauritius an ideal place to indulge in all kinds of water sports.  Among these sports, sailing, kite surfing and snorkelling are among the most popular activities for tourists.   Some of the more original activities include swimming with dolphins in Tamarin Bay, or sailing on a catamaran to the small desert islands for a picnic.

Many tourists live in all-inclusive resorts, but it is worth making an effort to explore the many restaurants in the country. These restaurants are far from the resorts.  However, street food is one of those secret treasures hidden in Mauritius and can be found almost everywhere. Any excursion is an opportunity to try at least one snack from a local vendor.   Typical foods available in roadside canteens include curries, with Dholl Puri and Rotis. The curries are hot and you should be wary of adding hot sauce until you have tasted the chicken curry.

Chilli cake made from dholl is another common street food, also served very hot, but if you are brave, try this with warm bread, butter and a little cheese.

Chinese food is as popular as Indian dishes. Chop Suey, served 'upside down' and topped with egg, upside down bowl, or dim sum, are the staples, and fried noodles are the island's comfort food.